An Insight into Cardano’s Background and Price Trends

by admin
in Cardano
0 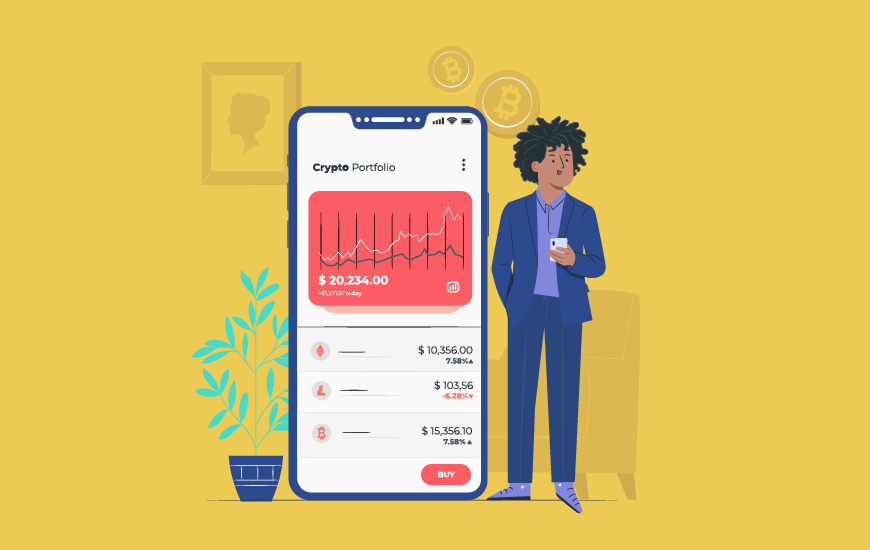 2021 has been really surprising for cryptocurrency enthusiasts due to the exponential growth of Cardano (ADA) cryptocurrency. As per the latest crypto projections, in the first quarter, Cardano maintained a position just behind Bitcoin and Ethereum despite the fact that it is new in the competition and lacked many functionalities. From building a loyal follower base on top social media apps such as Reddit to inspiring new memes, Cardano had surprised everyone with its outstanding growth at the beginning of this year.

In this blog, we are looking into the background of Cardano to know about it in-depth. We will also look at a few ADA pricing trends that we witnessed in 2021 to understand why the crypto projections of Cardano shocked everyone.

What is ADA crypto (Cardano)?

Cardano is a proof-of-stake (PoS) blockchain platform, an alternative to proof-of-work (PoW) blockchain platform. Charles Hoskinson, the co-founder of Ethereum, is credited to begin the development of Cardano. His purpose was to build a blockchain platform that is less dependent on the hardware infrastructure. In terms of Scalability and Sustainability, PoS systems are more reliable and less costly. Also, PoS is capable of offering a better transaction time as well.

Cardano was launched in 2017 and is mainly used for smart contracts. Cardano is also making identifying management and traceability easier by providing an efficient tool that can collect and secure data, and then audit it. ADA, on the other hand, is Cardano’s digital currency named after Ada Lovelace, a mathematician and countess from the 19th century. Ada Lovelace is also famous as the first computer programmer who wrote scientific and mathematical journals much ahead of the time she was born into.

In the first quarter of 2021, Cardano saw an extensive bloom in its rates and popularity. Compared to January 2021, by December, the price of Cardano has grown up to 620%. And as per forecasts by Coin Price Forecast, it might increase by up to +824% by the end of the year.  Cardano price prediction done by the same company also says that the value of Cordana might touch $3.49 at the beginning of 2025.

Now, another Cardano forecast source, Trading Education also estimates that ADA’s expected price in 2022 might hit a stunning value of $7.89. And even the decline in Cardano coin prices might not let it go below approximately $6.68 in 2022. But this ADA’s expected price might impact Cardano’s future prices in upcoming years.

How high can Cardano go?

Well, if we look at previous ADA price projections, the prices have increased by more than 6000%. And as Cardano releases more upgrades, which are already planned, Cardano forecasts expect it to reach a value of $9 approximately by 2025.

Well, Cardano has the potential of reducing blockchain’s dependency on hardware But, the fact that it is still under development and has not reached its potential can become a hurdle for the ADA cryptocurrency moving forward in time. Even though its previous trends show exponential growth, prices have already retreated and witnessed a downfall by the end of November. Thus, to make solid ADA predictions, it will be necessary to monitor its performance in 2022 as well. Now, there are still many experts like Price Prediction that estimate that ADA has the potential to reach an average rate of $40.62 by 2030.

Well, that is all for what is ADA crypto blog. Hopefully, it helped you in understanding this new blockchain innovation better. For more informative blogs, you can explore MobileAppDaily more. Here, you will find blockchain app development trends, web and mobile app development trends, IoT trends, the latest app industry news, top apps, app reviews, and much more to read. If you are an entrepreneur or a tech enthusiast, MobileAppDaily is the perfect tech news portal for you.

Vikram is an experienced wunderkind, who embraced technology at a very early age, and today he is at the helm of it. Mobile apps are something that excites him the most, and now he is up to give this vertical the best shot. He routinely catches up with the new apps and comes up with the top apps that can excite you to the core.

MobileAppDaily will help you explore the best service providers depending on your vision, budget, project requirements and industry. Get in touch and create a list of best-suited companies for your needs.