$ 220 million in Bitcoin can be encrypted forever on IronKey

$ 220 million in Bitcoin can be encrypted forever on IronKey

Bitcoin is a digital currency (also called cryptocurrency) … more forever. This is because Thomas has the private keys to his Bitcoin wallet 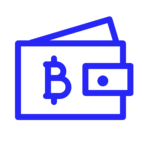 A Bitcoin wallet is a software program that stores Bitcoins … more in an IronKey. Thanks to a number of built-in protection mechanisms, the “safest flash drive in the world” would rather die than reveal its secrets. IronKey was funded by the US Department of Homeland Security 2006 and co-founded by Dave Jevans, CEO of CipherTrace.

Jevans is helping with the investigation into the recovery of Thomas’ private keys, an endeavor challenged by the highly attack-resistant IronKey that Jevans and his team developed to protect crypto keys.

On Tuesday, Jevans commented on Thomas’ situation in a Twitter conversation with Alex Stamos, former CISO on Facebook.

An archive has been transcribed below.

Um, for $ 220 million in locked bitcoin, you don’t do 10 password guesses, but take it to professionals to buy 20 IronKeys and spend six months finding a side channel or uncovering the cap.

“Stefan Thomas, a programmer of German descent who lives in San Francisco, has two more guesses to find a password that is worth about $ 220 million this week.

The password allows him to unlock a small hard drive known as an IronKey that holds the private keys to a digital wallet that contains 7,002 bitcoin. While the price of Bitcoin fell sharply on Monday, it is still up more than 50 percent than it was a month ago when it exceeded its all-time high of around $ 20,000.

The problem is, years ago, Mr Thomas lost the paper on which he jotted down the password for his IronKey, which gives users 10 guesses before it gets stuck and encrypts its contents forever. Since then, he has tried eight of his most widely used password phrases – to no avail.

“I would just lie in bed and think about it,” said Mr. Thomas. “Then I went to the computer with a new strategy and it wouldn’t work and I would be desperate again.”

We’re not talking about an NSA-built crypto processor installed on top of an SSBN, we’re talking about an old $ 50 consumer kit. It is by no means hardened against the last ten years of USENIX papers, which have never been used in practice.

I was the co-founder and CEO of IronKey. During the development of the products, we had numerous discussions with the NSA. If the person is using the first generation IronKey before we sold the company to Imation, it becomes very difficult. /1

What was the NSA’s purpose in helping you?

answer to @ in3dye and @alexstamos

When they found there were no back doors, they wanted to make it as safe as possible for secret use. For example, they not only wanted the destruction of AES keys, but also provided advice on NAND flash wipe techniques that we implemented in hardware.

The password counter and the encrypted AES keys are stored on an Atmel AT98 processor. Uncovering is a challenge as there is a random layer of protection over the chip, which means accessing the internal circuitry will likely kill the chip. https://dtsheet.com/doc/232348/atmel-at98sc008ct / 2

We went to Fly Labs and broken down and examined our IronKey security chips with an FIB during development. It will be extremely difficult to attack. If you can turn off the password counter, this is your best bet. Perhaps you will extract the encrypted AES key. Both are highly unlikely. / 4

I’m sure you did a great job (I think iSEC did validation for you at some point), but expecting consumer hardware to hold up after a decade and against millions of dollars of dedicated research is not a reasonable threat model.

It would be cool to find out if anyone managed to reliably attack the AT98SC family of smart cards without it being reset. By reliable, I mean attacking a device with a high probability of success, rather than being successful 1% of the time.

Wasn’t there a similar case a few months ago where someone had bitcoin on some crappy crypto disk?

IIRC someone came out and found the firmware that was on it could be downgraded to a vulnerable one and went through and they got it unlocked.

answer to @fearthcowboy and @alexstamos

You cannot downgrade the firmware on the original IronKey devices. It is checked into hardware and must be signed with physical keys on an HSM at IronKey (now Imation). This is not a Trezor with software firmware checks. This is done in custom hardware. We spent over $ 10 million on chip R&D

Reply to @alexstamos and @ hacks4pancakes

I bet the counter can be reset to at least 10 or disconnected from the kill switch. At least with the amount of resources that a lot of money could buy.

Yes. But see my comments on the protection net, side channel attack prevention, etc. on the key management chip we used in building IronKey devices. You have a chance to disable the physical mesh and it will be chosen at random per device.

If it is a genuine version of IronKey, there is no way to update the firmware on the smart card, which contains the encrypted AES key and password counter. Requires a physical attack against which the chip offers many protective mechanisms.

During development at IronKey, we decapsulated the chip card and played with an FIB. The card has many physical safeguards against memory readouts including UV detection, random hardware mesh, side channel attack detection, etc. They can be easily reset.

If it helps, @justmoon, Alex’s offer is totally believable.

answer to @dakami, @Paint and 2 others

As the co-founder and former CEO of IronKey, I will help you what I can. You need to crack the Atmel AT98 (assuming this is the IronKey we developed before Imation bought our company).

Hardware wallet companies need to improve their security situation and apply for external certification of their encryption. Unlike hardware wallets, IronKeys are still tamper-proof for more than a decade after they were first released. The National Institute of Standards and Technology (NIST) publishes the Federal Information Protection 140 series to coordinate requirements and standards for cryptographic modules, which include both hardware and software components for use by federal departments and agencies.

In 2011, IronKey was by far “the most secure flash drive in the world” as it was the only mobile encryption device to be certified FIPS 140-2 Level 3, tamper-proof. Zero hardware wallet providers still have to certify their software to FIPS 140-2 Level 1. While some Trezor wallets have Super Micro, ST31 and STM32 chipsets that are separately EAL validated, the Trezor wallet itself is not certified.

Historically, hHardware wallets have never been very secure. Ledger hardware wallets became available in 2018marriage compromised by a 15 year old researcher, Rashid Saleem, with very small amounts of code. Saleem installed a back door on a Ledger Nano S that caused the device to generate predefined recovery passwords. An attacker could enter these passwords into a new Ledger hardware wallet in order to recover the private keys of the device behind the door. A year earlier, Rashid was also able to exploit a Trezor wallet bug. https://ciphertrace.com/ledger-bitcoin-wallet-hacked/

The 2020 Ledger data breach exposed the email addresses and others PII of over 270,000 users, which resulted in many of Ledger’s customers falling victim to phishing and ransomware attacks, including threats of violence. Although the hack did not directly threaten customer funds, its reputation in the industry hasso compromised, causing many to question the future of hardware wallet security. Perhaps these hardware companies would be wise to reconsider IronKey’s contributions to crypto security. In the spirit of decentralization, it remains the responsibility of the user to secure his private keys so that he does not end up in Thomas’ unfortunate situation with hundreds of millions of dollars inaccessible.